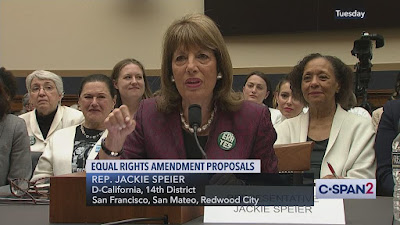 Democrats in the US House of Representatives passed an amendment reversing Donald Trump’s transgender military ban. The amendment, sponsored by Rep. Jackie Speier (D-CA), is part of the annual National Defense Authorization Act.

If the amendment ultimately passes with the bill, it will make it legal for transgender people to serve in the military again. Specifically, the amendment makes it legal for anyone who meets gender-neutral occupational standards to serve, regardless of various traits, such as race, sexual orientation, gender identity, and more.

The 242-187 vote happened primarily along party lines. Ten Republicans voted alongside Democrats in favor of the bill. Democrats are calling the amendment the Truman Amendment. This is in honor of President Truman’s executive order racially integrating the military in 1948.

‘Over the last three years, 14,000 transgender service members have served openly and successfully,’ said Speier in a statement. ‘All five service chiefs affirmed they do not hamper lethality or cohesion. Malice and ignorance cannot stop us giving medical care to those brave enough to serve. We know what transgender service members bring to the fight; let them bring it’, Speier added.

Trump’s ban finally went into effect in April, nearly two years after he first announced it in July 2017. For the past two years, ardent critics have come out against the ban in droves. Medical experts, military personnel, politicians, advocates and more have all spoken out against the ban and its various consequences.

Over two-thirds of Americans think that trans people should be allowed to serve openly in the US military, a new poll has found. 71% of respondents said they were in favor of trans military personnel. The survey found the highest levels of support among Democrats, women, and young people. The only group with a majority opposed to trans military personnel were Republicans. 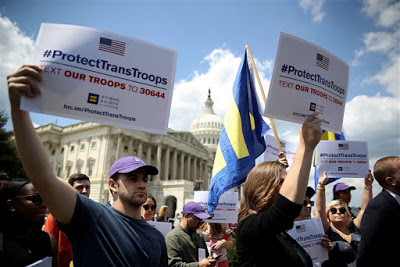