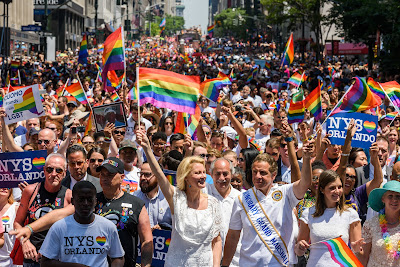 Millions lined the streets of New York to wave rainbow flags, celebrate the movement toward LGBT equality and renew calls for action in what organizers billed as the largest gay pride celebration in history.

Some 150,000 participants from 600 contingents hosting more than 100 floats marched down the four-kilometer route. An estimated five million people, meanwhile, took to the streets to watch and celebrate New York City Pride Parade.

This year, the mass march marked 50 years since Stonewall Riots. On 28 June, 1969, LGBT community members launched spontaneous protests against discrimination following raids of the Stonewall Inn. People regard it as the birth of the modern LGBT rights movement in the US.

Among the Grand Marshals at this year’s Pride is the cast of hit FX show Pose, The Trevor Project, and the Gay Liberation Front (the original group who organized following the Stonewall riots). New York Mayor and Democrat presidential hopeful Bill De Blasio walked in the parade with his wife.

Representatives from around the world marched in New York. These included a team from London Pride and Taiwan, which became the first country in Asia to legalize same-sex marriage this year. 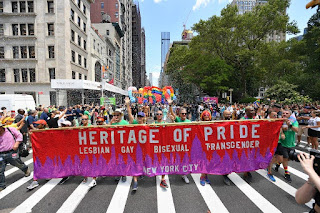 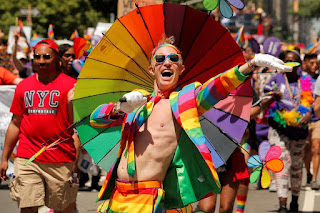 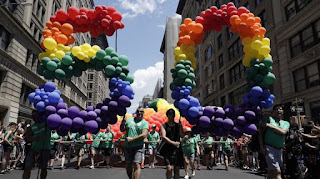 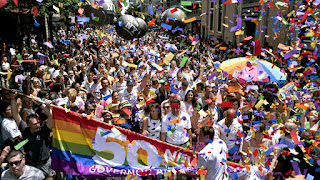 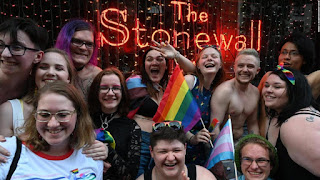 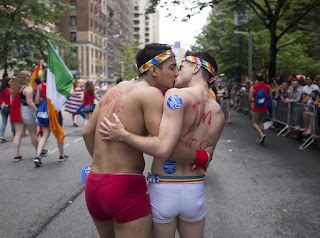