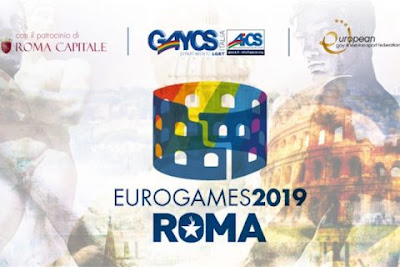 The idea of officially organizing the LGBTI EuroGames was born after the second edition of the Gay Games held in San Fransisco in 1986. The EuroGames started on a small scale with the idea of supporting LGBTI athletes in their “coming out” as well as the need to network with LGBTI sports associations and clubs in Europe.

The first edition of the Games was held in The Hague in 1992. Since then, it has spread on a large scale involving not only the LGBTI sphere, but also the social and civil fabric of the host countries and cities, characterizing the initiatives not only from a sporting point of view, but also from a cultural, tourist and economic point of view.

The difference is that you don’t have to be a professional athlete to compete and in most sports you don’t have to qualify. Anyone can register for the Games to win, have fun, beat their own personal record or spend a holiday in one of the most beautiful cities in the world.

In 2019 the rainbow flag will fly over Rome, the Italian capital, which will be hosting the EuroGames. It has hosted the largest multi-sport LGBTI event called Italian Gaymes since 2004. The 17th edition of the games will take place from 11 to 13 July 2019. The event will include 16 sports: Soccer A11-A5, Tennis, Volleyball, Basketball, Beach Volleyball, Swimming, Water Polo, Bowls, Badminton, Athletics, Bowling, Golf, Cycling, Marathon 5km-10km, Rugby, and Dance Sports.

The next EuroGames will be in Dusseldorf in 2020. 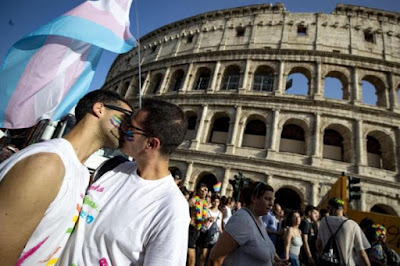