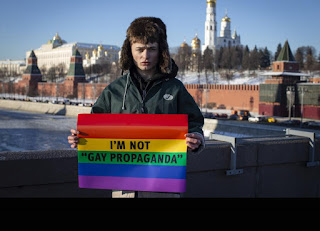 The European Court of Human Rights (ECHR) ruled that the Russian government must pay 42,500 euros in damages to three LGBT rights groups for having refused their registration in recent years.

From 2006 to 2011, Rainbow House, the Movement for Marriage Equality, and the Sochi Pride House attempted to register their respective organizations with Russian authorities. The government denied their applications, claiming the organizations would destroy the moral values of society or undermine sovereignty and territorial integrity…by decreasing its population.

Formally called the law “aimed at protecting children from information promoting the denial of traditional family values,” the gay propaganda law bans the promotion of nontraditional sexual relations to minors, a reference universally understood to mean a ban on providing children with access to information about LGBT people’s lives. The ban includes, but is not limited to, information provided via the press, television, radio, and the Internet.

As it was debated and passed in 2013, the law contributed to an intensification of stigma, harassment, and violence against LGBT people in Russia. The law has been used to shut down online information and mental health referral services for children, and to discourage support groups and mental health professionals from addressing LGBT issues with children.

The law has rightly been condemned by the European Court of Human Rights, the UN Committee on the Rights of the Child, the Organization for Security and Co-operation in Europe, and the Council of Europe.

The European court’s new judgement, which found Russia responsible for discrimination and violation of freedom of association, is a cautionary reminder to the Russian government that the baseless and vitriolic gay propaganda law should be repealed. 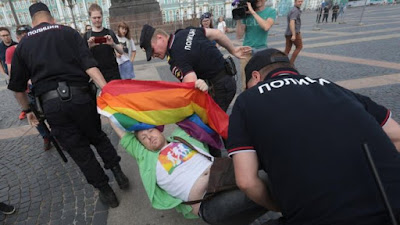 In 2017, the ECHR also fined Russia for
banning a Pride march in St Petersburg