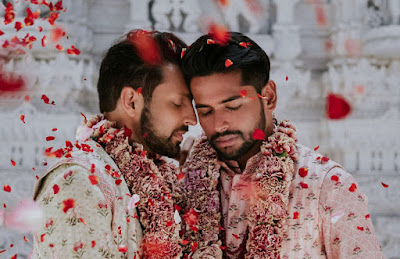 Amit Shah and Aditya Madiraju were already officially married at New York city hall earlier this year, but wanted to hold a special ceremony with their family and friends. Two grooms celebrated their marriage in a traditional Hindu wedding in New Jersey, and the amazing photos have gone viral on social media.

Amit is the owner and creative director of AATMA Performing Arts, a dance company based in New York and Los Angeles. Aditya works for a wealth management bank in New York. They met a mutual friends birthday party in 2016.

They wanted to hold a wonderful Desi, or South Asian-style, ceremony for their friends and families. And the stunning photos of the pair in complementing kurtas surrounded by family and friends have stunned people in India and around the world.

Aditya said about their wedding photos going viral: “The fact that the ceremony took place at a temple under religious observation is a huge thing for our community."

“I guess it is unheard of, and we didn’t realise the impact it would have. The response had been so overwhelming and we are honoured to share our story with the world. It seems like people need to hear our story to feel empowered and we are excited to provide people with some inspiration", he added.

And Amit said: "We do follow the developments overseas, but by the stories we have heard over the last week from people messaging us, the issue is much bigger than we thought. There are still too many gay men and women afraid of coming out not only because of their families or society, but because they fear the law. Aditya and I look forward to inspiring change and hope we can make a difference over time". 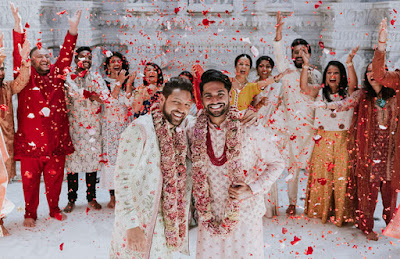