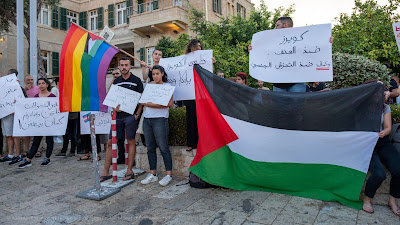 Al Qaws, a Palestinian LGBT rights group vowed to continue its activities after the Palestinian Authority police barred the group from holding events in the West Bank and threatened to arrest participants.

The Palestinian Authority police, who exercise control in parts of the Israeli-occupied West Bank, announced the ban over the weekend. A police spokesman described activities organized by the rights group as a blow to, and violation of, the ideals and values of Palestinian society.

Founded in 2001, Al Qaws is a grass-roots organization that advocates sexual and gender diversity in Palestinian society, which is largely conservative and often repressive for LGBT people.

“Al Qaws condemns the use of prosecution, intimidation and threats of arrest, be it by the police or members of society,” the group said in a statement. “We believe that the police and Palestinian society at large should focus on combating the occupation and other forms of violence that tear apart the sensitive fabric of our society and values, instead of prosecuting activists who work tirelessly to end all forms of violence.”

The group said the ban came a week after it held what it called a “discussion-based event” in the Palestinian city of Nablus in the northern West Bank. It also came three weeks after a Palestinian teenager was stabbed and severely wounded outside a shelter for gay and transgender youths in Tel Aviv.

The ban also drew notice in Israel, which has long promoted its tolerance on sexual and gender issues, despite vehement rejection in some strictly Orthodox Jewish circles, and it has cited a lack of gay rights in other parts of the Middle East to make unfavorable comparisons. The current Israeli justice minister is gay, and Tel Aviv is proud of its reputation as a favorite destination for gay and lesbian travelers. 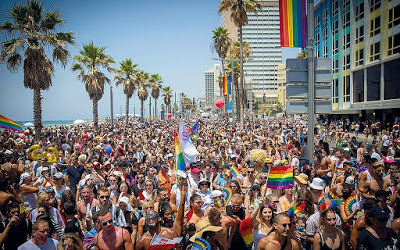