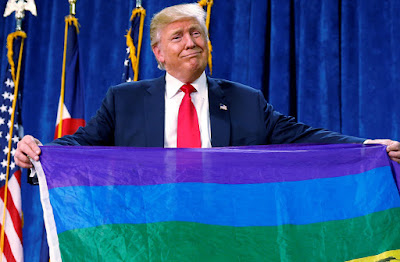 In July 2014, President Obama signed an executive order amending EO 11246 to provide non-discrimination protections to LGBT employees of federal contractors by prohibiting companies that contract with the federal government from discriminating in employment based on sexual orientation and gender identity.

Advocacy groups have decried the new rule as just the latest attack on the LGBT community, slamming it as taxpayer-funded discrimination in the name of religion. “With this proposed regulation, the Trump Administration is seeking to gut existing protections for LGBT people, women, and religious minorities, and we cannot stand idly by,” said HRC President Alphonso David.

“This regulation, which directly contradicts Trump’s earlier promise, is a broad and sweeping effort to implement a license to discriminate against people on the basis of their gender identity and sexual orientation. Everyone deserves a workplace free from discrimination. The Trump Administration needs to withdraw this proposed regulation and stop these attacks on LGBTQ people,” David added.

The move also has been panned by top Democrats, including House Speaker Nancy Pelosi. "The Administration's license to discriminate is cruel, blatantly bigoted and downright dangerous. This hateful rule would greenlight open discrimination against tens of millions of Americans in the workplace, using taxpayer dollars to throw into jeopardy their safety, financial security and well-being," Pelosi said in a statement.

Most recently, the Trump Administration changed regulations under the Affordable Care Act to allow health care providers to refuse treatment to LGBT people on the basis of their religious beliefs. It's also consistent with the administration's controversial push over the past two years to include more federal protections in the name of religious freedom. 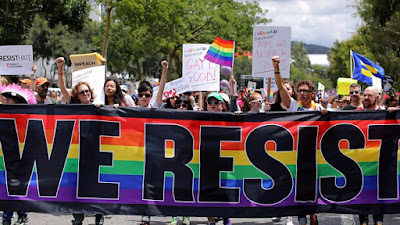