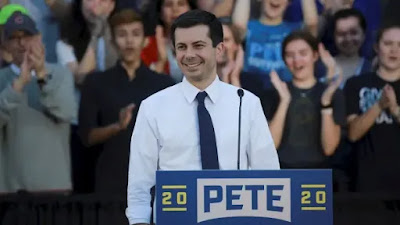 Pete Buttigieg, the mayor of South Bend (Indiana) and the first gay candidate to make traction in a presidential campaign, would win a general election against Donald Trump by nine points, the Quinnipiac poll shows.

If the 2020 presidential election were held today and it was between Trump and Buttigieg, 49 per cent of registered voters would opt for Buttigieg while only 40 per cent would vote for Trump.

However, the polling also shows that Buttigieg would come last in a Democratic primary against Biden, Warren, Sanders and Harris. LGBT voters only make up around six per cent of the US electorate, according to 2018 midterm election exit polls. 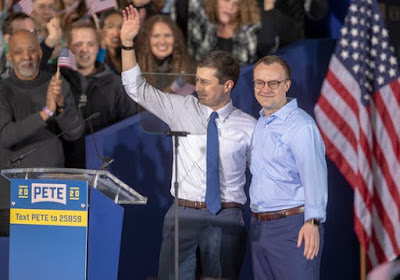 Pete Buttigieg with his husband Chasten