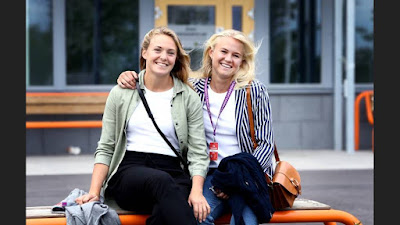 The photo of Magdalena Eriksson kissing Pernille Harder, after helping Sweden defeat Canada in the 2019 FIFA Women’s World Cup, went viral and their newfound fame made them realize they could serve as role models to help make their sport more inclusive to LGBT players.

Now, both Magdalena and Pernille are also two of roughly 100 professional sports athletes donating 1% of their annual salaries to Play Proud, an initiative of Common Goal, that aims to equip coaches and mentors with the skills and knowledge to establish safe spaces for LGBT adolescents to participate in sports at the youth-level with confidence.

While soccer is arguably the most popular and internationally played sport, queerphobia still undoubtedly leaves some players feeling left out of the game. The couple are encouraging other pro sports athletes to donate 1% of their salaries as well. Their contribution could help reduce anti-LGBT stigma, at least in one field.

Watch an interview to the couple below: 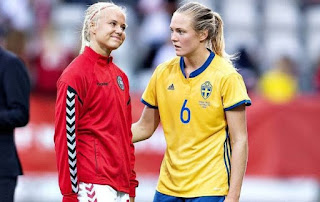 Magdalena and Pernille met in a match between
Sweden and Denmark, their own national teams