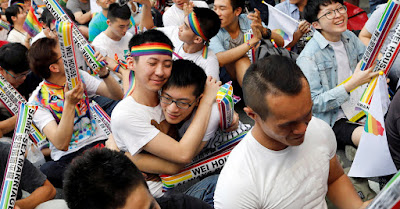 On May 17, International Day Against Homophobia, Transphobia and Biphobia, Taiwan has become the first country in Asia to legalise same-sex marriage.

Legislators voted for a government-backed bill that would define a union between a same-sex couple as a marriage. Conservative opponents had proposed rival bills that would define partnerships as “same-sex unions” or “same-sex familial relationships.”
﻿
Taiwan president Tsai Ing-wen’s Democratic Progressive Party (DPP) pushed through its law in a vote on Friday. Prior to the vote, Tsai tweeted:”Good morning #Taiwan. Today, we have a chance to make history & show the world that progressive values can take root in an East Asian society. Today, we can show the world that #LoveWins.”

Friday’s vote comes two years after Taiwan’s supreme court ruled that defining marriage as being between only a man and a woman was unconstitutional. The top court said then that the island had two years to make necessary changes to the law. But this was met with a public backlash, which pressured the government into holding a series of referendums.

Lawmakers finally debated three different bills, but ultimately pushed ahead with the DPP’s law considered the most progressive of the three because it will recognise unions as marriages, the same as heterosexual couples, and define partners as spouses. The bill was passed by 66 to 27 votes. 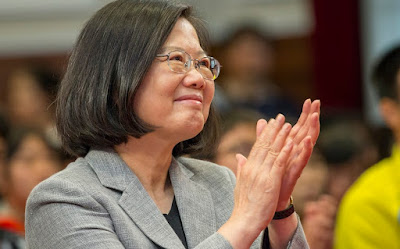