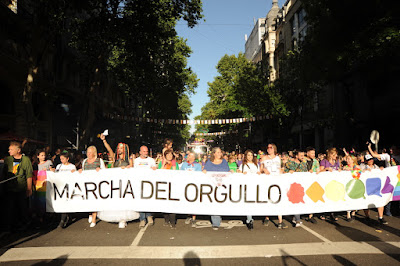 Half a million of revellers have marched through the streets of Buenos Aires for the annual pride parade to celebrate queer diversity and also demand rights for the LGBT community.

The 28th edition of the parade converted almost the entire Argentine capital into a venue to celebrate freedom as participants began to gather in the morning at the Plaza de Mayo.

In Argentina, the march is held in November commemorating the establishment of "Nuestro Mundo" (Our World), the first gay group to begin operating in the South American country in 1967.

The first march in 1992, led by Carlos Jáuregui, attracted 300 people, many wearing masks to conceal their identity. More than twenty five years later, Buenos Aires has become the LGBT destination of choice in Latin America and the annual Orgullo (Pride) Parade attracts more and more people from all over the world.

In 2010, Argentina became the first country in Latin America to legalise gay marriage. Argentina became a world leader in transgender rights in 2012 when it gave people the freedom to change their legal and physical gender identity simply because they want to, without having to undergo judicial, psychiatric and medical procedures beforehand. 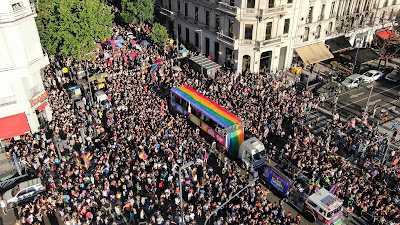