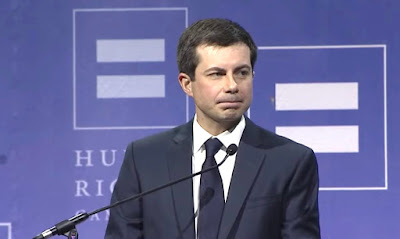 The Department of Health and Human Services announced a new rule that would allow adoption agencies to reject same-sex couples and rainbow families on the basis of religious freedom.

The proposed regulation would nullify an Obama-era policy that prohibited federally funded agencies from discriminating on the basis of sexual orientation and gender identity.

“It’s a huge step backward,” Buttigieg said. “It’s bad enough that discrimination is taking place across the country, but when discrimination is being supported with federal funds, it takes away, first of all the movement justice and equality, but also an opportunity for the federal government to show leadership in advancing equality.”

Children should never be denied the opportunity to join a stable and loving family.