Unveiled the first-ever video game with a playable transgender hero 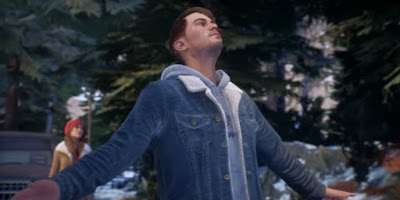 Tell Me Why by Xbox Game Studios is the first video game by a major publisher to have a playable transgender main character.

Announced at Microsoft’s X019 event in London, the video game is the newest episodic narrative adventure game from Dontnod Entertainment, the studio behind Life Is Strange.

Set in a small-town in Alaska, the three-chapter game lets you play as both 21-year-old twins Tyler and Alyson Ronan, who come together after 10 years of separation. Unlike most regular twins like myself, the pair are able to wield the powers you all somehow think twins genuinely have to share thoughts and memories, in this case, it helps to investigate a mystery from their apparently turbulent childhood.

Making history, Tyler is the first playable protagonist from a major game studio and publisher who is also transgender. Not only is the voice actor for Tyler transgender too, but Dontnod worked closely with both Microsoft and LGBT media advocacy organization GLAAD on the game, making sure to shape Tyler both as an authentic representation of the trans experience, and a nuanced, multi-dimensional character in his own right.