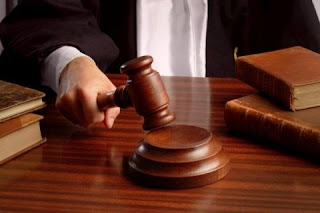 In a rule change announced on November 1, the Trump administration said that health programmes receiving grants from government Department of Health and Human Services (HSS) would no longer have to abide by nondiscrimination guidelines protecting LGBT people.

The Trump administration changed the regulations in the name of “religious freedom”, and it would also apply to abortions, contraception, gender confirmation surgery, or any other services or people healthcare providers might disagree with “on moral or religious grounds”.

Alsup wrote in his decision: “Under the new rule, to preview just one example, an ambulance driver would be free, on religious or moral grounds, to eject a patient en route to a hospital upon learning that the patient needed an emergency abortion. Such harsh treatment would be blessed by the new rule.” He added: “When a rule is so saturated with error, as here, there is no point in trying to sever the problematic provisions. The whole rule must go.”

That is now three judges in two weeks who have recognised the Denial of Care Rule for what it is, an egregious and unconstitutional attack on women, LGBT people and other vulnerable populations.