Not a step back in Spain! 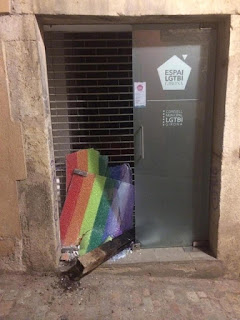 Last night, the headquarter of the LGBT association in Girona, Espai LGTBI, was attacked and the glass door was broken, which is a new homophobic attack in Spain.

In recent times, the acts of intolerance and homophobic attacks have multiplied under the umbrella of the growth of the far right party VOX and its shaming rise in the elections to Spanish parliament.

Spain approved same-sex marriage in 2005, it is one of the nation tops in the list of countries most accepting of homosexuality, and it is also one of the most LGBT-friendly country according to the ILGA index, but the attacks and hate crimes against the LGBT community are multiplying at an alarming rate in the last months.

Spain has to say enough before it is too late, authorities and everybody have to stand together in front of fascism and to defense the rights of LGBT community, because they are the rights of the whole society.

LGBT rights in Spain, not a step back! Stop homophobia! 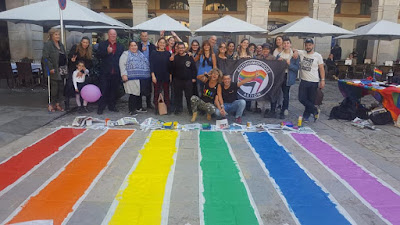 We exist and we will not hide into the closet never again!