My Heroes for Halloween 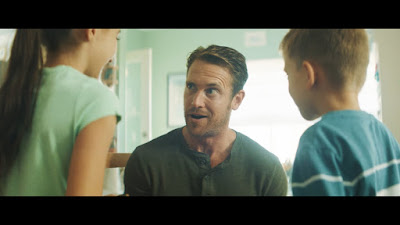 This 2-minute digital Public Service Announcement (PSA), produced by the team at Landwirth Legacy Productions, as means to challenge gender stereotypes when it comes to children's Halloween costumes.

In it, a happy family prepares for Halloween by carving a few pumpkins together. Mom holds up the two superhero costumes her son and daughter requested for trick-or-treating: Batman and Wonder Woman. The kids grab them and head upstairs to change. Dad has a worried look on his face. "Their costumes are going to look awesome," his wife reassures him.

Later, the parents watch from a distance as their children trick-or-treat at a neighbors house. "Look at you two! You look great," the neighbor says to the two young superheroes as she hands them candy. "Thank you for keeping our streets safe."

Mom and Dad look relieved, but it's only once they get into bed when we realize why. Their daughter was the one wearing the Batman costume and their son the Wonder Woman one.

Considering people dress up as everything from a hotdog to a demon, a little girl dressing up a fictional male character and a little boy dressing up as his favorite female superhero shouldn't be a big deal. But one look at the comments on this video, and you'll see it definitely still is. Everyone should be able to be whoever they want to be, and not have to worry about whether their decision fits into stereotypical gender roles.