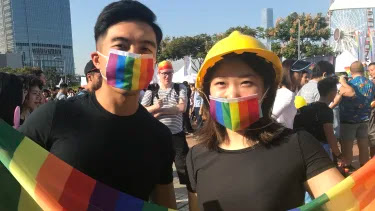 For the first time, the LGBT community in Hong Kong has been banned by police from marching in its annual Pride parade amidst violent protests in the city.

Organisers of the march were told that the event on November 16 would be reduced to a standstill gathering. Director of the parade’s organising committee, Yeo Wai-wai, said the police had informed them just 48 hours before the event, rather than the usual month in advance, so they were left with little time to inform guests.

The police cited disruption in other areas amidst violent protests against the now withdrawn 2019 Hong Kong extradition bill as the cause of the ban. Yeo Wai-wai said: “The police have been clamping down on freedom. Sexual minorities are no exception.”

The government has also imposed a mask ban to deter violent protesters, but this could discourage people joining the Pride event as LGBT people who have not come out to their family and friends often wear masks to protect their identities.

In October, a Hong Kong court turned down a judicial challenge against a government policy which denies civil partnerships to same-sex couples. Amnesty International described the court’s ruling as “a bitter blow” to Hong Kong’s LGBT community, who had hoped the city would follow the lead of Taiwan, which recently became the first country in Asia to legalise same-sex marriage. 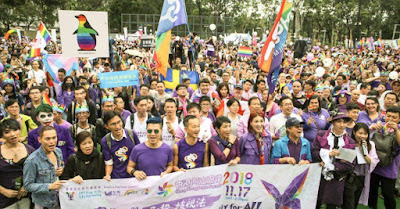