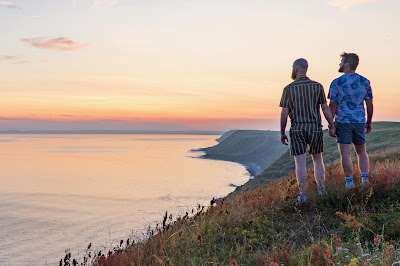 Denmark was the first country in the world to allow civil unions for same-sex couples in 1989, and Sweden in the same in 1995. Same-sex marriage was legalised in Sweden in 2009, and in Denmark in 2012.

The joint study by the Danish Research Institute for Suicide Prevention and researchers from Stockholm University used data from national population registers in Denmark and Sweden.

Comparing two periods 13-year periods, 1989 to 2002 and 2003 to 2016, they looked at deaths by suicide of people in same-sex couples during the time both countries legalised civil partnerships and the time they both legalised same-sex marriage.

Suicides among those in same-sex partnerships fell by 46 percent between the two periods. This is partly due to improved understanding of mental health, as suicide rates also fell by 28 percent among heterosexual couples, but researchers believe reduced stigma influenced by same-sex marriage contributed to the huge drop.

The study states that with the passage of time, legalisation of same-sex marriage and the expansion of rights and protections to LGBT people, they become much more accepted in both Nordic countries.