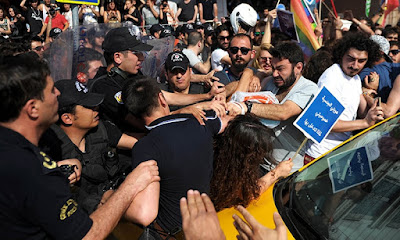 Reacting to the news that a Pride march organised by students at the Middle East Technical University (METU) in the Turkish capital of Ankara has been violently broken up by police and 25 students have been arrested, Fotis Filippou, Campaigns Director for Europe at Amnesty International, said:

“It is heart-breaking to hear that today’s Pride march, which should have been a celebration of love and solidarity, was so violently broken up by police using pepper spray, plastic bullets and tear gas, and that at least 25 people have reportedly been unlawfully detained.

“Amnesty International condemns the police intervention to break up this celebration of pride on the METU campus today. Reports of excessive use of force by the police must be urgently investigated.

“It is a dark day when university authorities call the police to silence students who are simply demanding their rights to dignity and equality. All those detained by police must be released immediately and unconditionally.”

Students demonstrated peacefully but were told by police that they were not allowed to stand under tents, to fly a rainbow flag, to sit on the lawn, and eventually they were prevented from reading out a statement. Those detained include LGBTI student activists from ODTU LGBTI Solidarity group Melike Balkan and Özgür Gür and an academic from the university.

Recently, a court lifted ban on LGBT's Pride in Ankara, but things continue in the same bad way. 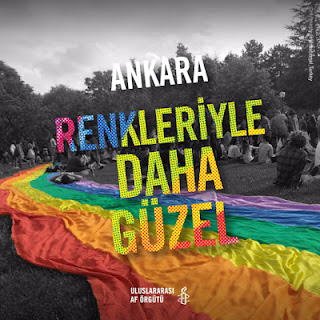 Ankara is more beautiful with colors