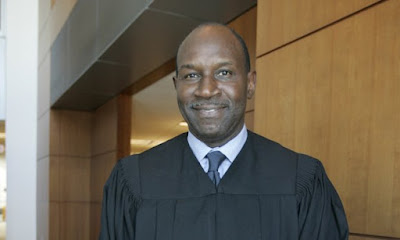 Martin Jenkins, who was nominated for the vacant seat on the state court by Governor Gavin Newsom, will be the first out LGBT person ever to serve on the state’s highest court.

His nomination was unanimously confirmed with the independent Commission on Judicial Appointments issuing glowing praise of the eminently-qualified justice.

Its report says: "Justice Jenkins’ impressive 30-year record of professional accomplishment is equally matched by his strength of character, compassion, and integrity. He is praised for his brilliant intellect, first-class temperament, and boundless humanity."

"Accordingly, the Commission found Justice Jenkins to be exceptionally well qualified for the office to which he was nominated, Associate Justice of the California Supreme Court."

The justice kept his sexuality private for most of his life and only began coming out in the last five years, before meeting and falling in love with his partner, real estate broker Sydney Shand.