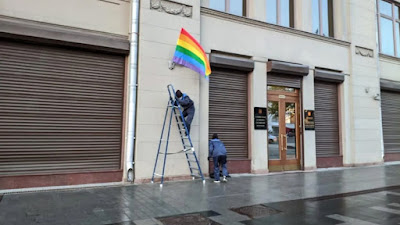 Maria Alyokhina and Veronika Nikulshina were arrested on 7 October, after hanging rainbow flags from government buildings in Moscow, to 'celebrate' the 68th birthday of the anti-LGBT Russian leader Vladimir Putin

The pair are part of the Pussy Riot, the collective that has staged countless protests in favour of women’s rights and LGBT rights, and they hung rainbow flags from the buildings of the federal security service, the presidential administration, the supreme court, the culture ministry and a police headquarters, in the Russian's capital.

Several members of the group faced weeks in police detention after the action. And two journalists were also briefly detained by police while covering the demonstration.

On 23 November, the pair were both slapped with fines by Moscow courts for the protest, which was deemed an oultlaw public gathering, though a very small number of activist were present. 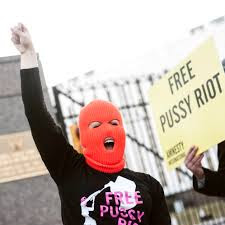