Todd Gloria will be the most powerful gay male mayor in U.S. 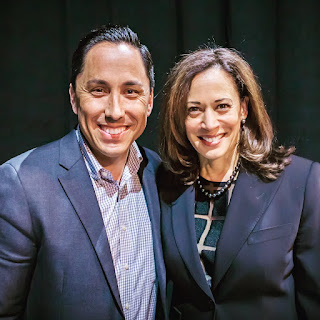 Todd was part of a blue wave in San Diego, a city growing into another major Democratic stronghold in California, even with a sizable military presence and influence. San Diego voters also ousted Republicans on their City Council, where Democrats will soon control eight of the nine council seats.

Todd is now the second-highest ranking LGBT mayor in the country. As mayor of San Diego, he will be the most powerful gay male mayor in the nation. Chicago, the nation's third-largest city, has a lesbian, Lori Lightfoot, running it.

Todd endured antigay smear tactics during his mayoral campaign, which resulted in threats on his life. He was endorsed in his race by California Gov. Gavin Newsom and vice-presidential nominee Sen. Kamala Harris. 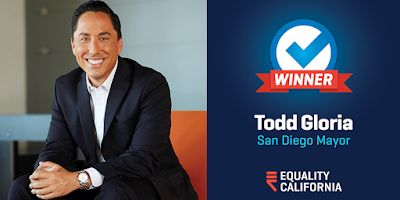