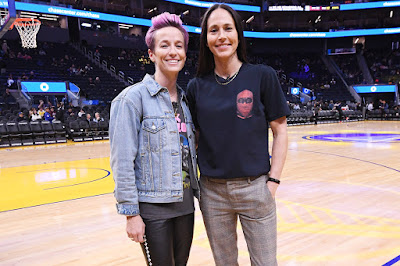 U.S. Soccer star Megan Rapinoe announced her engagement to WNBA winner Sue Bird in an Instagram post showing a photo of the proposal.

Two of America’s best athletes met at the 2016 Olympics in Rio de Janeiro and began dating shortly afterwards. The pair became the first openly LGBT couple to appear in the ESPN "Body Issue" in 2018, and have together been vocal advocates for a variety of political and social causes.

The couple boast an impressive list of achievements. Megan has won two World Cups and an Olympic gold medal with the U.S. national team, and picked up the Ballon d’Or Féminin for the world’s best women’s player in 2019. Sue, meanwhile, is one of the greatest basketball players of all time. In July, she won her fourth WNBA title to go alongside her four Olympic gold medals with U.S. Team.

The announcement prompted well-wishes from numerous high-profile figures in sport and politics. As well as their sporting success, the couple are prominent social activists. 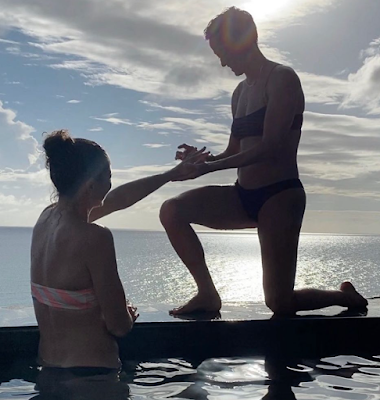 The moment they engaged