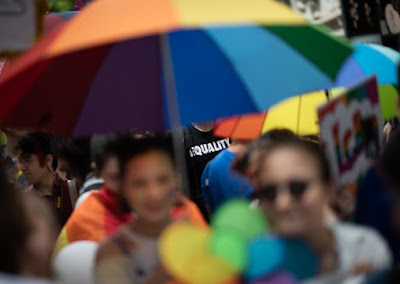 Less than a fifth of the members of Japan’s LGBT community have opted to come out at their workplaces, according to a new study, although sexual minorities here say there is evidence of positive change within companies and society in general.

The study examined attitudes towards sexual minorities at companies in Japan and the ways in which they are treated differently than their heterosexual colleagues. Of the LGBT people who took part in the survey, just 17.6 per cent said they were open about their sexuality among their colleagues.

Just over 36 per cent of the 1,000 people taking part in the study, of whom precisely half were heterosexual and half identified as LGBT, said their companies conducted LGBT awareness training, while 34.4 per cent of firms took part in or sponsored events for sexual minorities.

Of the latter, 36.6 per cent provided congratulatory money gifts for special occasions, such as a wedding to a same-sex partner or a bereavement payment in case of death, but only 33 per cent included clear statements concerning discrimination in the workplace.

LGBT rights in Japan remain vastly unachieved and can very by each prefecture. Same-sex marriage is not legal and same-sex parents cannot adopt children. Anti-discrimination laws exist in Tokyo, but not for the rest of the country. 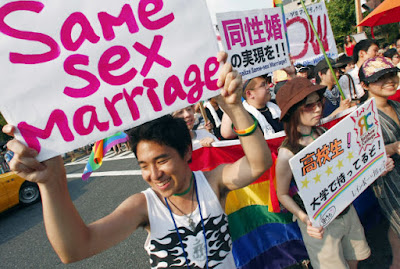