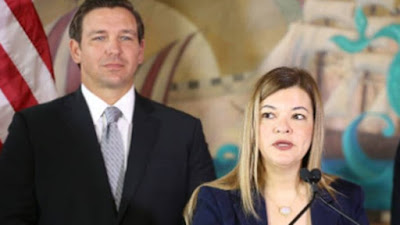 It’s been revealed that a federal appeals court in Florida has overturned the banning of conversion therapy in Boca Raton and Palm Beach County, in a 2-1 decision. The ordinance in question was created to stop “treating minors with any counseling, practice, or treatment performed with the goal of changing an individual’s sexual orientation or gender identity.”

Two of the judges on the case, Britt C Grant and Barbra Logoa, appointed by Donald Trump, have ruled to overturn Florida laws banning conversion therapy for LGBT minors.  The judges, who are both members of the conservative Federalist Society, determined that the laws violated the First Amendment.

Judge Grant recognised that overturning the laws "allows speech that many find concerning, even dangerous" but said it was warranted because the First Amendment "does not allow communities to determine how their neighbors may be counseled about matters of sexual orientation or gender."

The ruling effectively dissolves 21 other bans on the practice passed by cities and counties throughout Florida.

Judge Beverly C. Martin, who also serves on the U.S. 11th District Court of Appeals, showcased her disappointment with Grant and Lagoa arguments. She also pushed back against the research tactics it took to get the requested evidence against conversion therapy, saying it “ignores the harm such studies would have on children,” and that it wasn’t “ethically permissible” for the research to take place.

She also noted that these claims aren’t baseless and conversion therapy is “backed up by a mountain of rigorous evidence,” while referring to the eight organizations that have found the practice a “risk” to children.

The case will likely go to the U.S. Supreme Court, which currently has a conservative majority with a 6 to 3 ratio, after Trump's appointments.

Conversion therapy is a fraud. No matter how hard you try, you cannot change a person’s sexual orientation or gender identity. This so-called therapy has only ever proven to produce negative mental health outcomes and increase the risk of suicide.

This fight isn’t over!