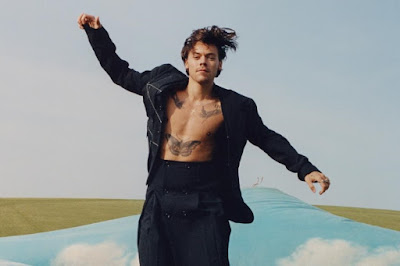 Harry Styles has become the first solo male cover star of Vogue, in the magazine's 128-year history. For the December 2020 issue, the former "One Direction" band member explores gender fluidity on the cover in a lace ballgown by Gucci, crediting his "flamboyant" idols Prince, David Bowie, Elvis Presley, Freddie Mercury and Elton John, with giving him the confidence to buck the status quo and push boundaries.

"Clothes are there to have fun with and experiment with and play with. What’s really exciting is that all of these lines are just kind of crumbling away," Styles said.

Watch the magazine cover and his performing an acoustic rendition of the Fine Line highlight "Cherry" while on set of his historic cover shoot below: 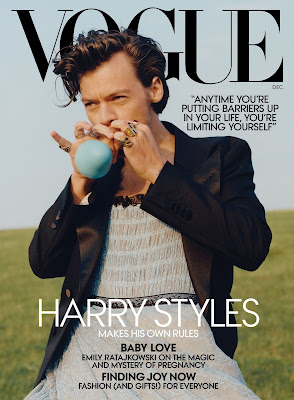