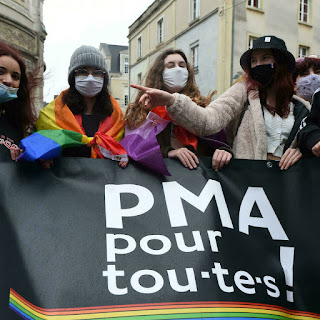 Lesbian couples and single women will finally be able to access fertility treatment in France, after the French parliament voted through measures ending archaic laws that favoured only heterosexual couples.

Up until now, lesbian couples and single women have had to fly abroad to access fertility treatment such as in vitro fertilisation (IVF), egg freezing or using donor sperm.

But after 500 hours of debate and two years of protests around the subject of women’s fertility, a new bill introduced by President Emmanuel Macron’s government is set to change that. Finally, France’s National Assembly voted in favour of the new law, with 326 MPs voting in favour and 115 against, including 42 abstentions.

Under the new law, France will cover the cost of fertility procedures for all women under 43, whether single or in a relationship. Women will be able to access treatments by August.

France joins numerous European countries that do not discriminate against single and lesbian women when it comes to fertility treatment, including Sweden, Belgium, the Netherlands and Spain. 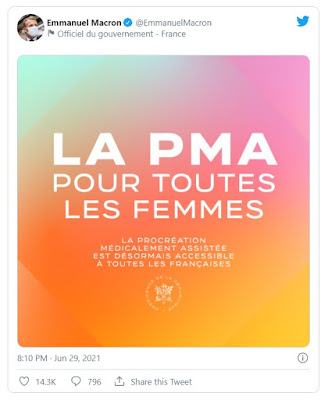