The LGBT Equality Act in Japan, how soon? 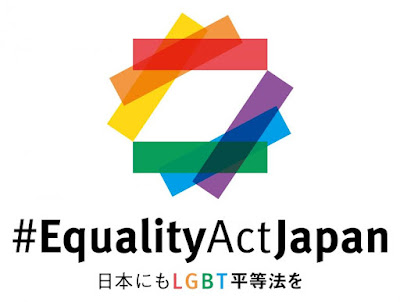 The Japanese government’s failure to pass a national nondiscrimination law to protect LGBT people before the Tokyo 2020 Olympics and Paralympics was a lost opportunity to advance the rights of everyone in Japan, J-ALL, Athlete Ally, All Out, and Human Rights Watch said, releasing a video of five Japanese longtime LGBT activists.

The Olympic Charter expressly bans “discrimination of any kind” as a Fundamental Principle of Olympism. However, despite promises from Japan’s ruling conservative Liberal Democratic Party (LDP) that they would pass the country’s first national LGBT law during the 2021 Diet session, the legislature failed to pass a law during the session, which ended in June.

“LGBT people in Japan, including athletes, are entitled to equal protection under the law, but currently there are a very limited number of openly out professional athletes in the country, and many remain in the closet from fear and stigma,” said Yuri Igarashi, director of the Japan Alliance for LGBT Legislation (J-ALL), an umbrella organization of more than 80 LGBT organizations in Japan. “We expected the Olympic Games to be a wonderful opportunity to introduce and pass legal protections so that everyone in society can live openly and safely. It is extremely disappointing that this law did not pass this time.”

The Tokyo 2021 Summer Olympic and Paralympic Games started this week, and they have a Pride House, but not a single openly LGBT athlete will compete for the host country, reflecting Japan’s need to create a safe and inclusive environment for LGBT people. Prime Minister Yoshihide Suga should immediately and publicly commit to enacting an LGBT Equality Act.

Watch the video of LGBT activism in Japan below: