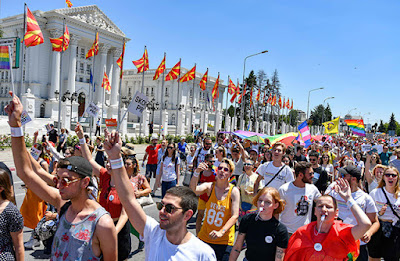 The second Pride Parade in Skopje, the capital of North Macedonia, took place on the 26th of June, under the motto “Beyond the Walls.” This year, the Skopje Pride Parade was attended by President Stevo Pendarovski and some ministers.

After a one-year pause due to the pandemic, over a thousand supporters gathered in the city center this year and, in their own words, protested oppressive policies, homophobia and transphobia, but, at the same time, celebrated the hope for a society with greater solidarity and justice.

The high temperatures didn’t prevent the the LGBT community and their allies from coming out and raising their voices in celebration of differences, love, equality, and freedom.

With flags, banners and music, the Pride Parade started at 10 o’clock at the Zhena Borec Park in front of the Parliament, and, from there, the attendees marched through the city center toward the City Park, where the later an open air party with a concert and dancing took place. 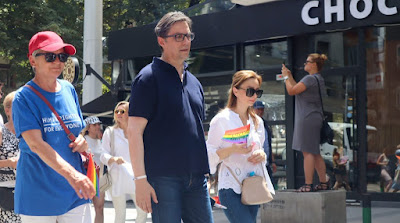 President Pendarovski, his wife and some ministers attended Parade