George Sear is proud to play gay in Love, Victor 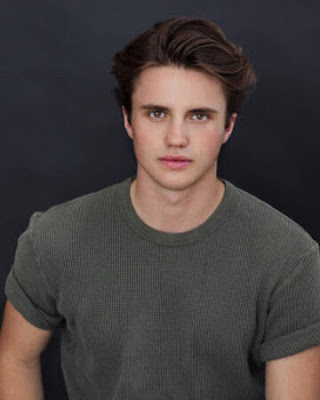 Love, Victor is back for a second season, and this time, the show isn’t afraid to tackle gay sex, homophobia and parental acceptance.

The trailblazing series follows gay teenager Victor Salazar (Michael Cimino) as he comes to terms with his sexuality. Along the way, he finds love with Benji (George Sear), has a reckoning with his mother (Ana Ortiz), and faces homophobia in sport. All in all, Love, Victor‘s second season is much more grown up than the first.

Second season is unafraid to show its two main stars kissing, holding hands, and even sleeping together. Both Cimino and Sear are straight, but the chemistry they exude on-screen is undeniable and that intimacy came naturally to both actors.

While Sear and Cimino are believable as a gay couple on-screen, the show has faced some flak for casting two straight actors as gay characters. Love, Victor has ended up right in the middle of an ongoing debate around whether queer roles should be reserved for queer actors. What does Sear think of that discussion?

"Well, look, I think it’s part of the conversation, isn’t it, and it’s a very nuanced conversation. I never want to be disrespectful and just discard someone’s perspective on that either. I don’t want to do that. I feel really lucky to be playing this character, I’m really proud to be part of this show. I think the show has a great message for LGBT youth about celebrating who you are, embracing your truth."

Sear hopes that people watching at home will see Love, Victor as “a message about embracing who you are”, and he hopes it helps to inspire LGBT young people.

Watch the trailer of second season below and some cute moments: