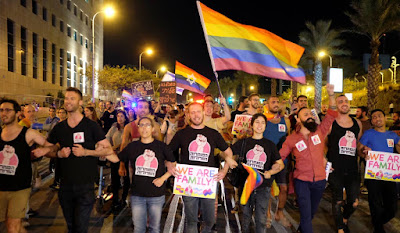 The Supreme Court of Israel has cleared the way for same-sex couples to have children through a surrogate in an historic ruling hailed as a victory for LGBT rights.

The High Court of Justice ruled that legislation denying surrogacy rights to same-sex couples is unlawful, and must be lifted within six months.

Under existing regulations, Israeli same-sex couples looking to become parents cannot engage a surrogate, and are often deterred by the additional costs of finding one abroad.

The decision brings to an end a legal battle that has gone on for more than 11 years since a petition was first filed at Israel’s top court in 2010.

The court said  ruled that continuing to exclude same-sex couples was illegal as it “disproportionately harmed the right to equality and the right to parenthood.”

Israel stands in sharp contrast to the rest of the Mideast and becomes an exception in the region on acceptance of LGBT rights.