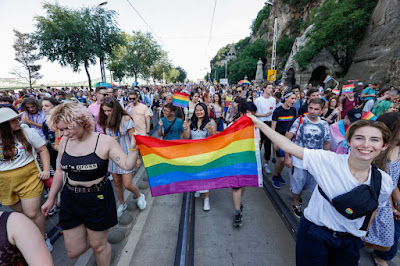 Some 40,000 of Hungarians joined the annual Budapest Pride march today to support LGBT people and protest against a law that limits teaching about homosexuality issues in schools.

Demonstrators at the march through the streets of central Budapest said the legislation was dividing the former Soviet-bloc nation and now a member of the European Union. A law came into force earlier this month that bans the portrayal of LGBT themes to children, with huge implications for education, art and entertainment in the country.

Organisers said in a statement the rally would show opposition to "power-hungry politicians" and reject intimidation of LGBT people.

Hungary's nationalist Prime Minister Viktor Orban, in power since 2010, has introduced social policies that he says aim to safeguard traditional Christian values from Western liberalism, stoking tensions with the EU.

The European Commission has launched legal action against Mr Orban's government over the new law, which came into force this month, saying it is discriminatory and contravenes European values of tolerance and individual freedom. 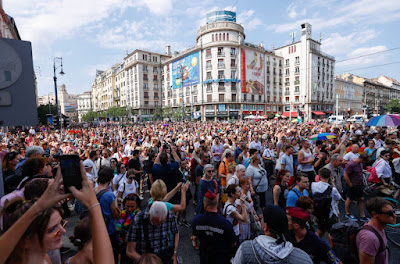