Luke Prokop, the first NHL's active player to come out 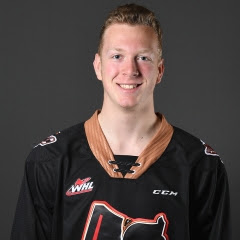 Nashville Predators prospect Luke Prokop, 19, has come out, becoming the first active player under contract to an NHL team to do so.

"It has been quite the journey to get to this point in my life, but I could not be happier with my decision to come out," Prokop said in an Instagram post.

"From a young age I have dreamed of being an NHL player, and I believe that living my authentic life will allow me to bring my whole self to the rink and improve my chances of fulfilling my dreams," he added.

Prokop's team and league officials congratulated him on social media, saying the defenseman was setting an example for others.

"The Nashville Predators organization is proud of Luke for the courage he is displaying in coming out today and we will support him unequivocally in the days, weeks, and years to come as he continues to develop as a prospect," the team tweeted.

NHL Commissioner Gary Bettman thanked Prokop for coming out and said he hoped more professional hockey players and staff members would feel comfortable enough to do the same in the future. 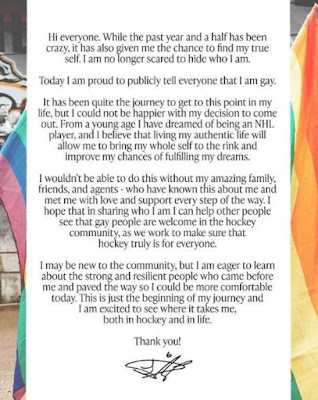