Viggo Mortensen's directorial debut with a stunning drama about dementia 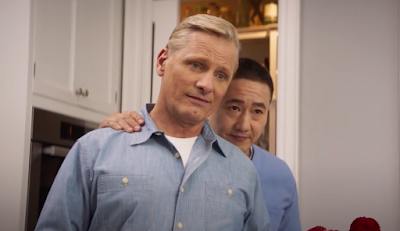 Viggo Mortensen has written and directed his first movie, and it’s a really valuable work, beautifully edited and shot, a clear-eyed look at the bitter endgame of dementia.

Mortensen plays John, a Los Angeles airline pilot with a lovely-looking life that includes a supportive husband Eric (Terry Chen) and a young adopted daughter Monica (Gabby Velis). But John is committed to the task of moving his widowed dad Willis (Lance Henriksen), in the early stages of dementia, from his remote New York farm into warmer retirement in California.

Early on, the film shifts between scenes of John as a boy, forced by Willis into regular tests of masculinity, and John as an adult, living happily as a gay man. But when Willis descends back into John’s life, his usual vitriol and rancid homophobia flow unchecked. As a son still bound by duty, John must care for the man who hurts him the most.

What follows is a domestic drama focused on the never-healthy relationship between the homophobic father, who can't control himself, ​and his gay son, who responds to the old man's attacks with patience and kindness. Anybody who's tried to care for a loved one with dementia will recognize the situation that John's been put in.