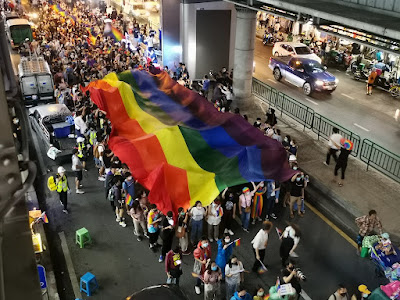 LGBTQ groups and supporters rally at Ratchaprasong intersection in Bangkok to demand equal rights in Thailand. The groups are demanding legalisation for and recognition of same-sex marriage

Thousands were there to hoist rainbow flags and sign a petition calling for legal marriage for all regardless of gender identity and sexual orientation.

The rally came two weeks after the Constitution Court rejected a challenge to the constitutional prohibition of same-sex marriage, a legal maneuver meant to get around parliament, where attempts to write it into law have all but died.

As of publication time, there were more than 130,000 signatures on the petition. Organizers said they will deliver it to lawmakers.

Apart from the petition, the four-hour rally was indeed a gay affair, with live performances including a fashion show, wedding photo booth and space for supporters to write their thoughts on post-it notes. 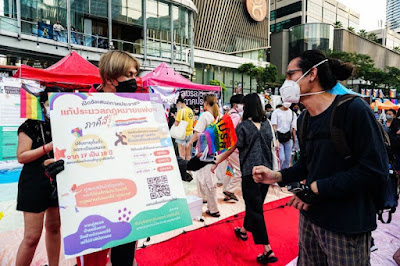