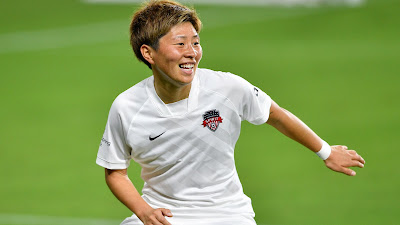 Kumi came out publicly as a transgender man earlier this year, making him the highest-profile athlete in Japan to do so. He played for Japan’s national team at the 2019 FIFA Women’s World Cup and then moved to the USA, where he plays for Washington Spirit in the Women’s National Soccer League (NWSL).

Kumi said he is transgender, a revelation praised in the U.S. where they play in the National Women's Soccer League but an identity not legally recognized in Japan. The 27-year-old forward for the Washington Spirit said he felt more comfortable with their own gender identity while living in the United States, where teammates and friends are more open to gender and sexual diversity.

He also said: "In the future, I want to quit soccer and live as a man." Kumi's revelation was praised by President Joe Biden.

Now, he got down on one knee to propose to his girlfriend. Images of the loving couple appeared on the stadium’s giant screens, and they celebrated with a glass of something bubbly on the field.

“She said 'YES'!” Yokoyama wrote on social media. “Thank you for everyone!!” 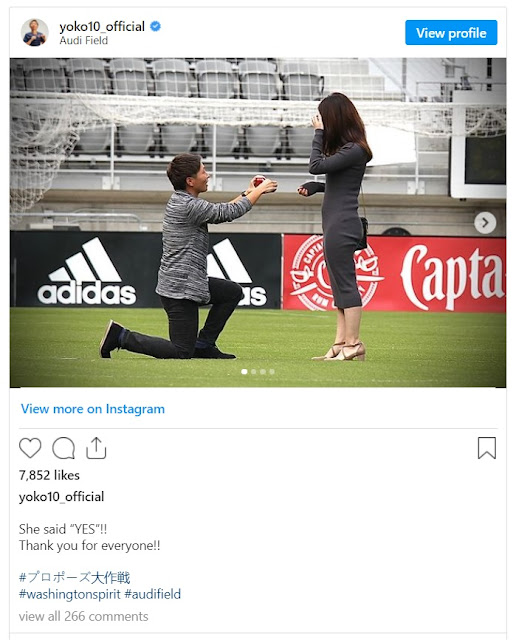