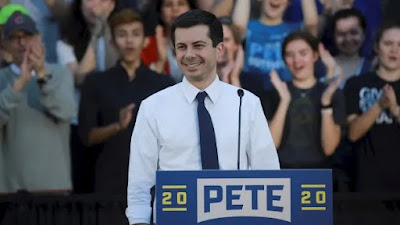 Mayor Pete, directed by Jesse Moss (Boys State, The Overnighters), will take viewers inside Pete Buttigieg’s headline-generating campaign to be the youngest U.S. President, providing an unprecedented intimacy with the candidate, his husband Chasten, and their team.

The Amazon Studios documentary will show the former mayor of South Bend, Ind. during the earliest days of the campaign, through his unlikely, triumphant victory in Iowa and beyond — revealing what goes on inside a campaign for the highest office in the land, and how it changes the lives of those involved in it.

Two and a half years after his run for president, Buttigieg has managed to hold America’s attention and fascination. Roads and bridges have apparently never been so interesting. The beat-like coverage of his arrival in Washington this year, of his new kids, his aides, his role in the Biden administration, his presumed future presidential run(s), is not typically commensurate with the job title of transportation secretary.