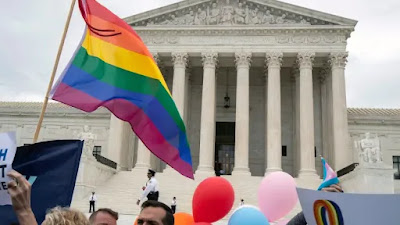 The U.S. Supreme Court has refused to hear an appeal from a Catholic hospital that was sued for denying a hysterectomy to a trans man.

The patient, Evan Minton, scheduled a hysterectomy at the Mercy San Juan Medical Center in California in 2016 as part of his gender transition. But when he told a nurse he was trans, the hospital suddenly cancelled the surgery.

Minton was able to get the treatment he needed at another facility but went on to sue in state court, accusing the hospital of violating a civil rights law that prohibits discrimination based on race, religion, sexual orientation or gender identity.

The hospital said it does not discriminate against transgender patients but does refuse to perform certain procedures, including abortion or sterilization, that would violate the Roman Catholic faith. Without the Supreme Court's intervention, lawyers for the hospital said, the state law "provides no protection whatsoever to religious health care providers that are compelled to allow procedures that violate their faith."

This ruling rejected the hospital’s argument that forcing it to perform procedures contrary to its religious beliefs would violate First Amendment rights, and held that Minton could pursue a claim for discrimination.

The lawsuit now goes back to the California courts, where Minton looks forward to continuing his fight for justice.

#TransRightsAreHumanRights
Publicat per Ben Aquila a 6:12 AM