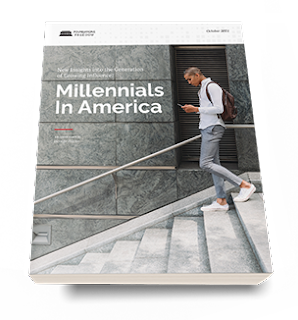 A new study of millennials in the United States has revealed a third of those surveyed identify as LGBTQ. The number of people who recognise themselves to be non-heterosexual or non-cisgendered has been slowly climbing over the years thanks to visibility, law changes and acceptance.

The study surveyed 600 people aged between 18 to 37 in the hope it would give them an insight into how these two aspects of identity are tracking in the modern age. It found 30 per cent of millennials now categorise themselves as being lesbian, gay, bisexual, transgender or queer.

A decent chunk of these millennials (39 per cent) are aged between 18 to 24. The study concluded that millenials are redefining sexuality, their own and how to perceive and respond to the gender identity and sexual-orientation choices of others.

George Barna, the university's Cultural Research Center's director of research and the person who oversaw the study, invited the public to look upon the group to help them navigate 'through the challenges in which we have immersed them.' 'Rather than blasting them for a range of perceived inadequacies, perhaps we can support them with perspective, solutions, resources, and encouragement,' Barna said.