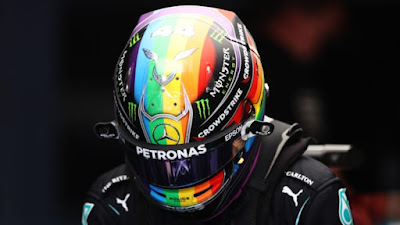 Lewis Hamilton believes sportspeople are duty bound to speak out on human rights matters in the countries they visit. With Qatar hosting its first Formula One Grand Prix this weekend and facing new allegations of worker exploitation and abuse in its preparations for next year’s football World Cup, Hamilton insisted he would hold the sport to account for the places it chooses to race.

Hamilton has been praised for “an incredible act of allyship” after wearing a rainbow-coloured helmet in practice at the inaugural Qatar Grand Prix. His helmet bore the colours of the Progress Pride flag – a banner which includes the traditional rainbow design with additional colours that recognise the diversity of the LGBTQ community.

The seven-time Formula One world champion said: “If we are coming to these places, we need to be raising the profile of the situation. One person can only make a certain amount of small difference but collectively we can have a bigger impact. Do I wish that more sportsmen and women spoke out on these issues? Yes. It’s down to whether you decide to educate yourself and hold the sport more accountable and make sure the sport is actually doing something when they go to those places.”

Formula One world champions Lewis Hamilton and Sebastian Vettel strongly criticised the Hungarian government and voiced his support for the LGBTQ community in the country before the last Grand Prix in Budapest. 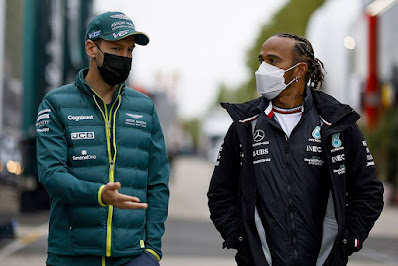