Switzerland marriage equality will be officially recognised from January 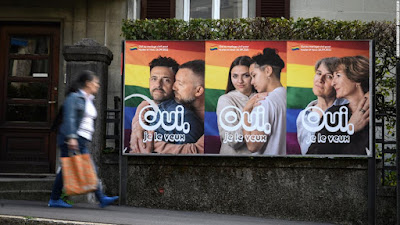 The Swiss government announced same-sex couples as of July 1 will be able to legally marry in the country.

However, same-sex couples who have married abroad will have their status recognised from the start of January. Previously, the couples were seen as a registered partnership in Switzerland.

The announcement comes less than two months after Swiss voters voted overwhelmingly in favor of the “Marriage for All” law.

The new law will enter force six months later, which means couples will be allowed to marry or convert their registered partnership from July 1, 2022.

Preparations for the marriage can be submitted before this date, the government added, but no more registered partnerships will be allowed after this date.

Switzerland will join neighboring France, Germany, Austria and other European counties that have extended marriage rights to same-sex couples. 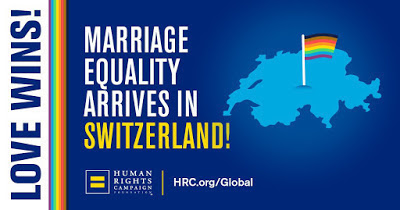