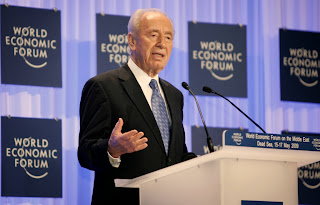 Israeli President Shimon Peres publicly supported equal marriage for same-sex couples. In fact, he is in favour of equal rights for LGBT people.

Peres affirmed: "Even a person who is a homosexual is a human being, and he has rights". And he added: "We cannot take away someone’s rights because they are different. We cannot take away their right to breathe, right to eat or right to start a family. We must allow everyone to live as is natural to them".

Along the same lines, a new bill proposed by Israeli political party Yesh Atid will offer tax breaks for unmarried gay parents. However, a measure which would have extended marriage rights to gays in Israel recently died in a parliament committee because the conservative Bayit Yehudi vetoed it.

Remember that Israel is the only country in the Middle East to provide anti-discrimantion laws to LGBT people. And Tel-Aviv hosts the biggest gay pride parade in that region (one of the two parades with Jerusalem). 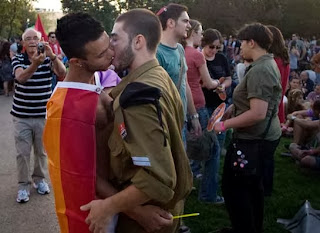