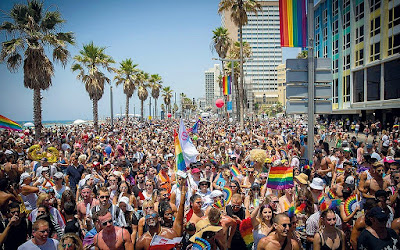 Tel Aviv Pride Parade did kick off with 250,000 attendants celebrating LGBT. Tourists from far and wide come to celebrate and continue the fight for LGBT rights in Israel. Tel Aviv’s pride parade is the largest pride event in Asia and the Middle East, and one of the largest parades in the world

The parade began at noon. People marched from Gan Meir north to Gordon Beach and then south to Charles Clore Park and beach, where a huge party is happening from 3 p.m. until nightfall. The parade is a chance for people to celebrate being who they are, but not everyone was here just to celebrate.

This year, the LGBT community center sent out a poll and changed the way the parade would look this year. Tel Aviv is asking for participants to protest visibly and are calling for the safety and equality of those in the LGBT community.

Tel Aviv is a very accepting city, one of the Gay hubs of the world, but there are still many rights that LGBT people do not have in the State of Israel.

In addition to typical tourists and Israelis, American television actor Neil Patrick Harris came to Tel Aviv with his husband, David Burtka, to celebrate Pride. Patrick Harris is known for his portrayal of Barney Stinson on How I Met Your Mother and kid-doctor Doogie Houser. He is serving as the international ambassador this year.

Every night this week there were different parties in different night clubs, bars and on Hilton Beach, drag shows, movies and activities to entertain the tourists and Tel Avivians alike. Saturday is another big event. Offer Nissim, a big-name Israeli DJ, will be performing in Park Hayarkon. 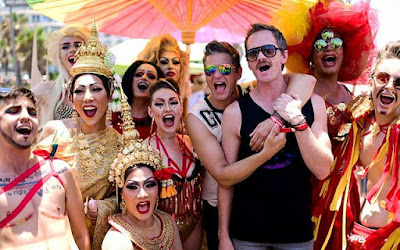