All guys are welcomed to play in the NY Giants 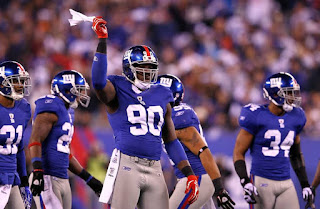 The Giants are the first NFL team to do a You Can Play video, which make the point that athletes should be judged only on their skills.

The video debuted today before the Giants played the Dallas Cowboys, where Michael Sam had played briefly on the practice squad before being cut. Sam is the only out player to be drafted by an NFL team, but he never played in the regular season, leaving that first yet to happen.

"The entire Giants organization has committed to inclusion for all, including LGBT athletes and fans", said Wade Davis, executive director for this campaign. "We are thrilled that the Giants are leading the charge in the NFL for LGBT inclusion", he added.

Although no one talks directly about LGBT players in this video.