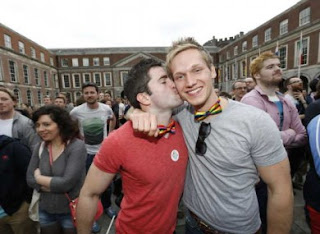 Ireland’s same-sex marriage bill has officially passed all legislative barriers.
There is absolutely nothing that can stop it now from going to President Michael D. Higgins to be signed into law.
At the Senate today, the bill completed its committee stage and report stage. Several people from the marriage equality movement had had gathered to watch its final moments.
‘That the bill do now pass, agreed?’ the chair of the Senate asked. ‘Agreed,’ the senators said.
Applause then broke out, a celebration after years of progress and campaigning to get to this point.
Ireland overwhelmingly voted in favor of same-sex marriage in a referendum in May this year
Congrats Ireland! 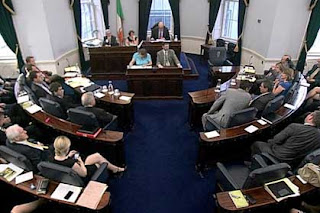