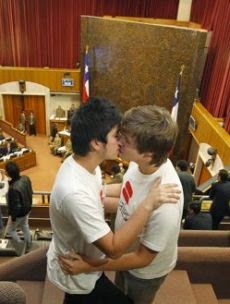 Hundreds of same-sex couples in Chile will head to registry offices this week to celebrate civil unions, which will become legal for the first time in the country.
Chile does not yet allow full marriage, but securing same-sex civil unions in one of the region’s more conservative countries was a victory for activists.
As many as 2 million people are co-habiting in Chile and now they can have their unions legally recognized.
Although the Catholic church is a powerful influence in the region, Latin America has been relatively quick to embrace the recognition of same-sex unions. Same-sex marriage has been legalized in recent years in Argentina, Brazil, Uruguay and some parts of Mexico.
A the signing ceremony, President Bachelet said: "The civil union law is a vindication in the struggle for sexual diversity rights".
An important step to get a full marriage equality in Chile. 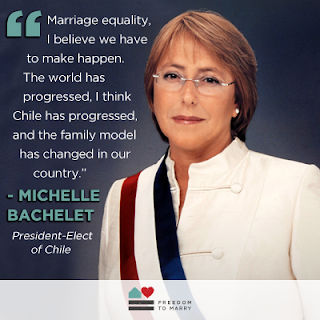