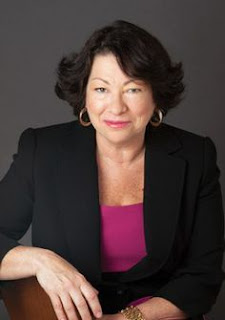 U.S. Supreme Court Justice Sonia Sotomayor officiated over a same-sex wedding for the first time.
The wedding of Ingrid Duran and Catherine Pino took place at Potomac View Terrace in Washington D.C., with several members of the U.S. House of Representatives in attendance.
The couple are the founders of D&P Creative Strategies which seeks to increase the role of corporate, legislative and philanthropic efforts in addressing concerns of Latinos, women and LGBTI people.
Sotomayor is not the first sitting Supreme Court justice to officiate a same-sex wedding.
In September 2014, Justice Elena Kagan presided over the wedding of her former law clerk while Justice Ruth Bader Ginsberg has presided over several same-sex weddings in recent years.
Sotomayor, Kagan and Ginsberg were joined by justices Anthony Kennedy and Steohen G. Breyer in a landmark 5-4 vote that made same-sex marriage legal in all 50 US states. 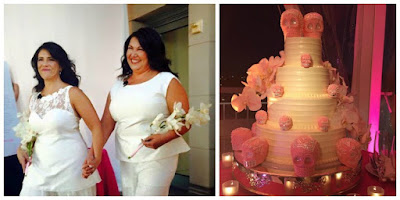 The couple and the cake, awesome!