Pope Francis met gay couple at the Vatican Embassy in the U.S. 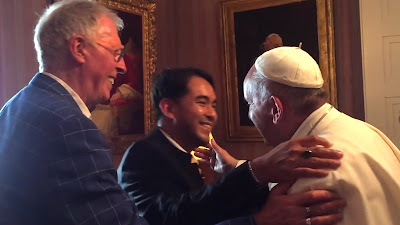 The only real audience granted by the Pope Francis at the Nunciature during his U.S. trip was with one of his former students and his family. That former student was Yayo Grassi, an openly gay friend from Argentina.
Grassi confirmed to CNN that he and his partner Iwan, and several other relatives, had a visit with the Pope at the Vatican Embassy in Washington D.C.

The meeting took place on 23 September and was arranged personally by the Pope Francis. "Three weeks before the trip, the Pope called me on the phone and said he would love to give me a hug", Grassi said.
A YouTube video of the visit shows the Pope greeting his friend with a hug then being introduced to the rest of the group, including Grassi’s partner Iwan.
About Pope’s stance against same-sex marriage, Grassi said: "He has never been judgmental and he has never said anything negative". And he added: "Obviously he is the pastor of the church and he has to follow the church’s teachings. But as a human being he understands all kinds of situations, and he is open to all kinds of people, including those with different sexual characteristics".
Are they new real approaches on Vatican? 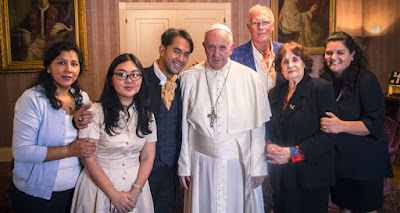