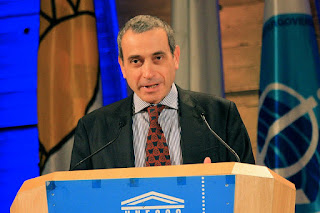 Openly gay diplomat Laurent Stefanini will not represent France at the Holy See after the Vatican simply refused to respond to his nomination and the French Government gave up on his appointment.
Stefanini was announced as France’s preferred candidate for the role in April, having previously served as France’s number two diplomat in Vatican City.
The Archbishop of Paris, Cardinal André Vingt-Trois sent a letter to Pope Francis to support the French Government’s choice of ambassador.
But Stefanini was rejected despite being a practicing Catholic who has neither married or entered into a civil partnership. The issue seems to have been that he is openly gay.
Dear Pope Francis, who really leads the Catholic Church? 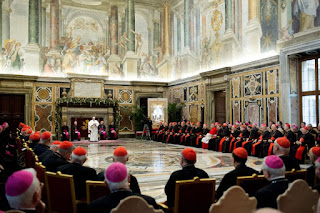 Pope Francis with the Roman Curia