Priest fired for coming out 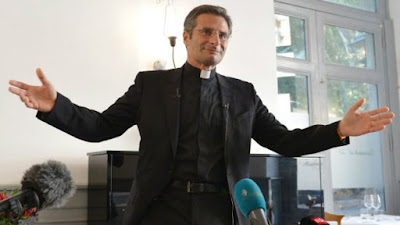 Monsignor Krzysztof Charamsa has been fired after coming out in newspaper interview and telling  he was proud to be gay and in love with a man whom he said was his boyfriend.

“I have to say who I am. I am a gay priest. I am a happy and proud gay priest,” he declared.

Vatican Spokesman, Rev. Federico Lombardi released a statement: “The decision to make such a pointed statement on the eve of the opening of the synod appears very serious and irresponsible, since it aims to subject the synod assembly to undue media pressure.”

Charamsa told reporters that his coming out had no relation to the bishops meeting on the family. He did hope that his words could add “a Christian voice” to the synod. The assembly is expected to address how the Church can better minister to gay people within the faith. 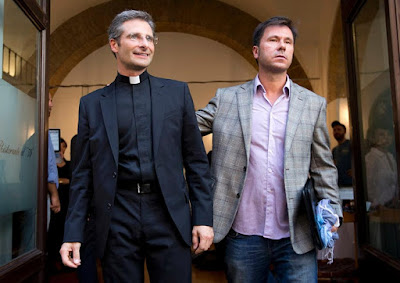 Mn. Charamsa with his boyfriend